The past three months (to say nothing about this year in general) in the stock market have felt distinctly like a roller coaster ride. First climbing upward rapidly from July until early September, then abruptly sliding downward until late September, then bottoming out and angling upward again. Market participants are being pulled and jerked around in their restraints as they hang onto the handles.

The relative lack of volatility from mid-2016 through late 2018 and from early 2019 through February, 2020 felt like a pleasant horse-drawn carriage ride compared to the Covid era.

This has been even truer of many dividend stocks this year, as the risk of dividend cuts has induced yield-starved investors to vacillate wildly between fear and greed. It really is reminiscent of the speedy swings of emotion one feels on a roller coaster ride: anticipation and reward, excitement and terror, exhilaration and panic, laughing and shrieking.

So much happens in seemingly so little time. 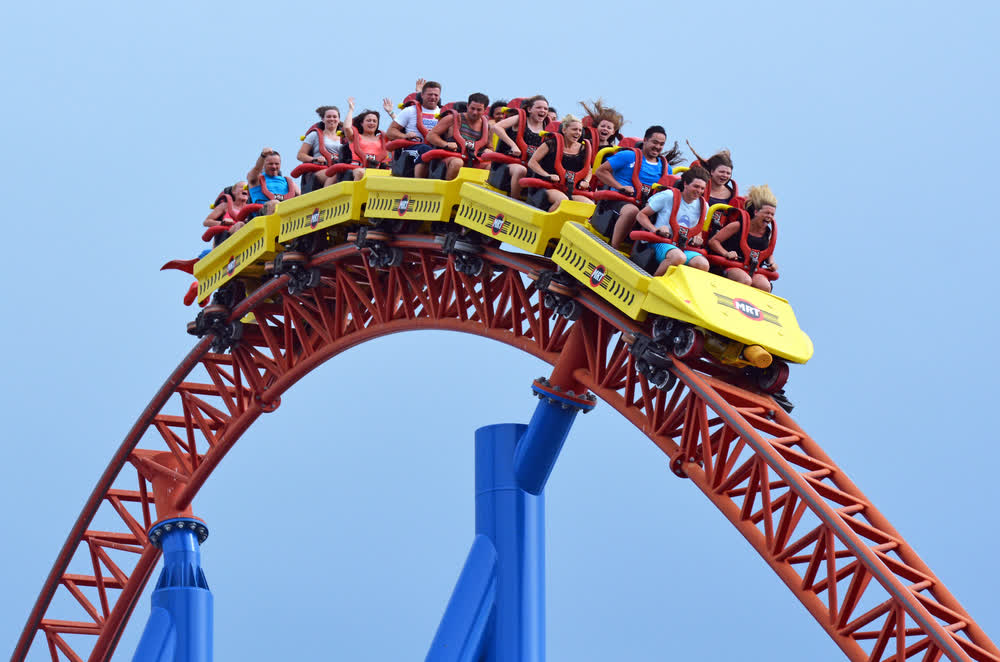 And then, when it’s over, you’re left thinking, “We waited an hour and a half for a 60 second ride?“

One benefit of being a dividend-focused investor is that stock market volatility, while anxiety-inducing, matters less — as long as one remains confident in the safety of one’s dividend income stream. We at High Yield Landlord try to put emotions aside and invest like landlords, paying less attention to asset prices and more to the operations of the business and the stability of cash inflows.

With that in mind, let’s take a look at five dividend growth stocks that remain good buys even as the market has enjoyed an October rebound.

Admittedly, biopharmaceutical company Gilead Sciences, which invented the drug that treats most HIV patients, isn’t on the verge of any new blockbuster drug that would propel the stock price forward. The company has been in the news recently for its antiviral drug, remdesivir, which many COVID-19 patients (including President Trump) have taken to reduce the severity of symptoms, but this isn’t expected to produce a significant commercial benefit to GILD. Analysts project flat revenue and earnings through 2021 and a mere 0.24% annual earnings growth rate over the next five years. Yikes!

(Still better than the -12% earnings growth over the previous five years.)

Then, in August, the company was dealt another blow when arthritis drug filgotinib was denied approval by the FDA, which, at the very least, will delay the drug’s approval process by about a year.

Though GILD has a proud history of almost single-handedly defeating the scourge of HIV (and is still growing its sales of HIV drugs), management has decided to stake its future on oncology and cancer treatment. Last year, a large portion of the executive management, including the CEO, team was refreshed. With nearly $20 billion in cash, they are actively seeking out growth opportunities and spending money hand over fist on research & development: $13.8 billion in the last twelve months, compared to slightly over $3 billion in 2015, for instance.

Long-term debt to EBITDA sounds high at 3.8x, but net debt (considering the cash position) to EBITDA is a mere 0.32x.

At a forward P/E ratio of 9x and a trailing twelve month price to operating cash flow even lower than that — not to mention one of the lowest price-to-book ratios of the last 15 years — GILD looks like an interesting contrarian pick:

This gives some assurance that the dividend will be able to continue growing modestly in the near future while the company figures out how to produce substantive growth for the long-term future.

“Yeah, but Humira…” seems to be the market’s reaction to any bullish argument made about drugmaker and Abbott Labs (ABT) spinoff, AbbVie. And the market has a point. From 2015 through 2019, rheumatoid arthritis drug Humira was the best-selling pharmaceutical in the United States by a wide margin. In 2019, sales reached over $21 billion.

Unsurprisingly, generic/biosimilar drugmakers are lining up for the opportunity to take a bite out of those sales once the opportunity is available in February, 2023. In fact, they’ve already been eating into Humira’s sales in Europe, where Humira’s patents expired in late 2018.

Surely revenue and earnings will dip after the Humira patent cliff, but I find it unlikely that EPS will sink all the way back to 2018 levels. ABBV has several drugs in the process of winning FDA approval, including arthritis drugs Skyrizi and Rinvoq, that should offset much of the lost Humira sales. In fact, in clinical studies, these two drugs have performed even better than Humira.

ABBV is also busily developing cancer treatments and integrating the assets from its Allergan acquisition for future growth. In the past twelve months, the company has spent $7.78 billion on R&D, compared to $4.4 billion in 2015.

Since the beginning of ABBV as a standalone public company in December, 2012, both free cash flow and the dividend have been growing nicely. For the past few years, FCF per share has covered the dividend very comfortably, with an FCF payout ratio of slightly under 50%:

Having inherited its Dividend Aristocrat status from Abbott Labs, ABBV looks well-positioned to continue growing its dividend for many years to come.

Food ingredient producer Ingredion hasn’t had a good year so far. The company makes starches, sweeteners, brewing products, and other specialty ingredients. Though it makes its fair share of high fructose corn syrup and bulk starches, INGR also has irons in the “health food” fire, such as stevia sweeteners and plant-based proteins. 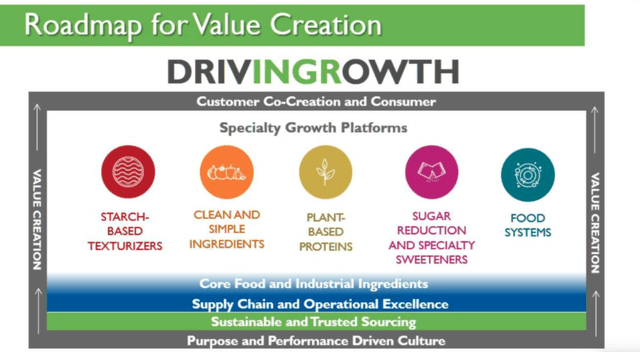 Net sales were down 13% in Q2 (9% excluding the effects of foreign currency exchange), and operating income fell 29% (or 25% excluding FX). Diluted EPS dropped by a third (32.5%) year-over-year in the second quarter. By volume (omitting FX), North America was INGR’s worst performer by global region at -15%, while South America was second worst at -11%. Asia Pacific was down only 4%, and emerging markets were down 5%.

The reason for the sharp decline? In a word: shutdowns. Or lockdowns, shelter-at-home policies, mandatory social distancing, business restrictions, however you want to put it. The inability or unwillingness of people to eat out at restaurants sharply lowered the amount of orders INGR received from customers that make food to be served in restaurant settings. This drop was slightly offset by more orders from food products bound for grocery stores

Despite a rough year so far, INGR has paid out only 73% of free cash flow as dividends YTD. And in 2019, the company paid out only 37.9% of EPS. The balance sheet also remains strong, with net debt to EBITDA sitting at 1.8x (in line with 2018 and 2019) and an investment-grade credit rating of BBB. Plus, INGR still had over $1 billion in cash in the middle of the year.

Having raised its dividend every year (albeit at an uneven pace) over the last 10 years, INGR seems poised for many more years of dividend growth to come.

Enterprise Products Parterns, a midstream oil & gas master limited partnership, is an extremely rare breed among dividend stocks. It has an ultra-high yield, high insider ownership (especially among the founder’s children) of about one-third of common stock, largely stable cash flows, a well-covered dividend, and a 21-year dividend growth streak.

Like most energy names, EPD stock is down in the dumps this year, due largely to the drop in oil and gas prices. The good news is that the pipeline and storage asset owner makes most of its money from take-or-pay contracts with high-quality counterparties that insulate EPD from volumetric or commodity price risk. In other words, it rents out the usage of its pipelines and the space in its storage units for long periods of time in advance, at a fixed cost that the counterparty is obligated to pay regardless of utilization.

Even if drillers are pulling less oil & gas out of the ground — and thus pushing less through EPD’s pipes — they must pay the same amount to EPD. This contractual structure accounts for about 85% of EPD’s cash flows. As such, despite lower production forecasted for this year and next year, EPD’s cash flows are only expected to modestly dip. Moreover, cancelling the Midland-to-ECHO 4 pipeline should save the company about $800 million in capex.

Debt is modest at 3.4x EBITDA, and the company maintains its investment-grade credit rating of BBB+. The distribution also remains well-covered, even in a tough year. In the first half of 2020, EPD paid out 62% of operating cash flow (a 1.6x coverage ratio) and had the capacity to repurchase $220 million of common units (i.e. shares) as well.

Despite the depressing situation for oil & gas this year, EPD still has areas of growth potential. For instance, the massive populations of East Asia and India will continue to need increasing amounts of natural gas for decades to come. Despite the global pandemic, NGL exports rose 14% YoY and seem poised to continue their upward march. Though one major pipeline project has been canceled this year, there are others in the works.

What’s more, EPD’s existing assets still throw off lots of cash that can be used to deleverage, buy back stock, and continue increasing the dividend payout. And with roughly 2/3rds of its operating margin derived from natural gas (with the remainder tied to oil/petroleum), the company likely has ample staying power even as renewables become more heavily utilized in advanced nations.

With an over 10% yield (that I don’t expect to be cut anytime in the next ten years), it’s likely that buyers at today’s price will have 100% of their investment dollars returned to them as distributions by 2030. I consider that a very attractive income opportunity.

Urstadt Biddle Properties is an open-air shopping center real estate investment trust that we at High Yield Landlord have been very bullish on recently. I wrote a public article about UBA on September 17th, and my HYL colleague R. Paul Drake published another article about UBA, highlighting the REIT from a few different angles, on October 6th.

We both believe that UBA will greatly benefit from the rush of affluent New York City urbanites into the tri-state area suburbs around the city that is happening this year. These suburbs are exactly where UBA’s assets are clustered:

And yet, despite a strong dividend growth record (25 years before the pandemic hit), modest leverage, best-in-class rent collection statistics, conservative and shareholder-friendly management, and high insider ownership (over 20% of common equity), UBA has been relentlessly punished this year. Shares are trading at a cheaper valuation, based on operating cash flow, than at any time in the past 15 years, including the depths of the Great Recession:

UBA will face difficulties ahead as more tenants go bankrupt and properties require investment to attract new tenants, but the worst of the COVID-19 recession has almost certainly already passed for UBA.

Management stated in the most recent quarterly report that they expect more improvement in the coming months and look forward to restoring the dividend back to a more “normal” level — which I take to mean in the neighborhood of its previous payout of $0.28 per quarter ($1.12 annually). At that payout, buyers of UBA stock at today’s price would enjoy a massive yield-on-cost of 11.6%.

I consider it not only possible but likely that buyers of UBA under $10 per share will enjoy a double-digit yield-on-cost within five years.

*** Questions? Comments? Constructive criticisms? Let me know in the comments below! And be sure to follow me by clicking the orange “Follow” button at the top of the page for more dividend stock ideas in the future.

With Better Information, You Get Better Results… 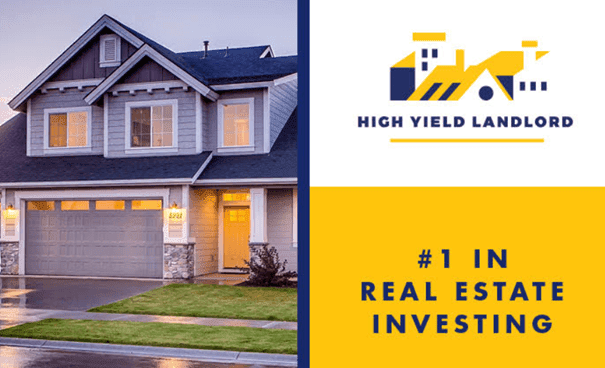 At High Yield Landlord, We spend thousands of hours and well over $50,000 per year researching real assets like REITs, infrastructure, pipelines, and renewable energy for the most profitable investment opportunities and share the results with you at a tiny fraction of the cost.

Take advantage of the 2-week free trial and join our community of 2000+ “landlords” before we hike the price!

Disclosure: I am/we are long GILD, ABBV, INGR, EPD, UBA, UBP. I wrote this article myself, and it expresses my own opinions. I am not receiving compensation for it (other than from Seeking Alpha). I have no business relationship with any company whose stock is mentioned in this article.