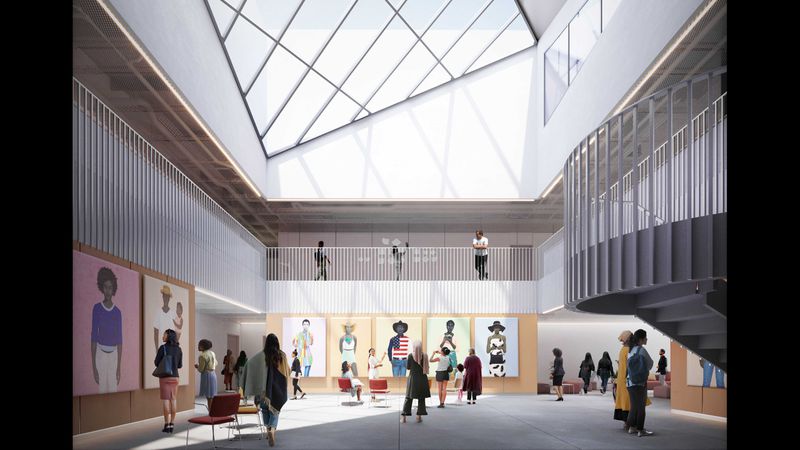 Spelman leaders said strengthening the relationship with the community is important to them in part because of the nascent arts scene in the area. There are about a dozen arts organizations and galleries near the campus.

Campbell said the center will house all of the college’s arts programs, which include dance, documentary filmmaking, music, photography and theater. The number of arts majors at Spelman has doubled from a few years ago, Campbell said.

Gang said energy-efficient materials will be used to build the 84,000-square-foot center to produce high air quality. It will be the first academic building Spelman has constructed in about a quarter-century. The center will be named after Campbell, who is retiring in June.

Spelman has been working on the plans for about a decade. Campbell, a longtime arts leader, recalled being invited to Spelman in 2014, a year before she became the college’s president, to discuss the idea.

The private, historically Black college for women raised money for the center as part of its capital campaign. Campbell said the college raised about $130 million in new financial aid to provide student scholarships.

Construction was delayed by the COVID-19 pandemic. Spelman hopes to complete the project by 2024.