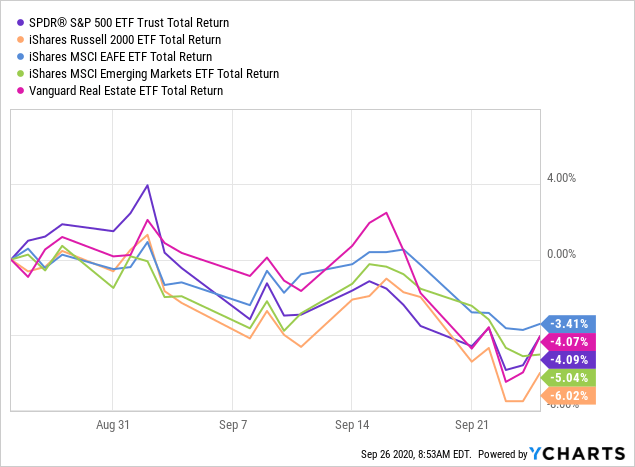 Equities continue to experience their deepest correction since bottoming in March, but focusing only on stock market declines misses the equally-important erosion in cross-asset correlations that has emerged this month. Few of the safe assets are moving in the expected direction: USD is up 2% versus EM FX and 10Y German yields are down 10bp, but US 10Y & 30Y yields, USD/JPY and EUR/CHF are almost unchanged. Gold is off 6%. So a typical basket of defensives is functioning about as well as fire insurance that covers just one bedroom in the house. This risk-management problem