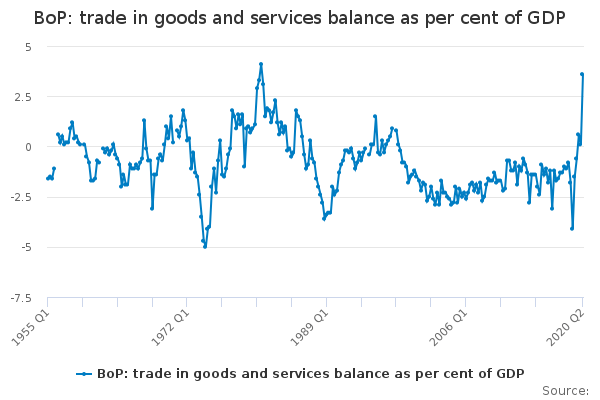 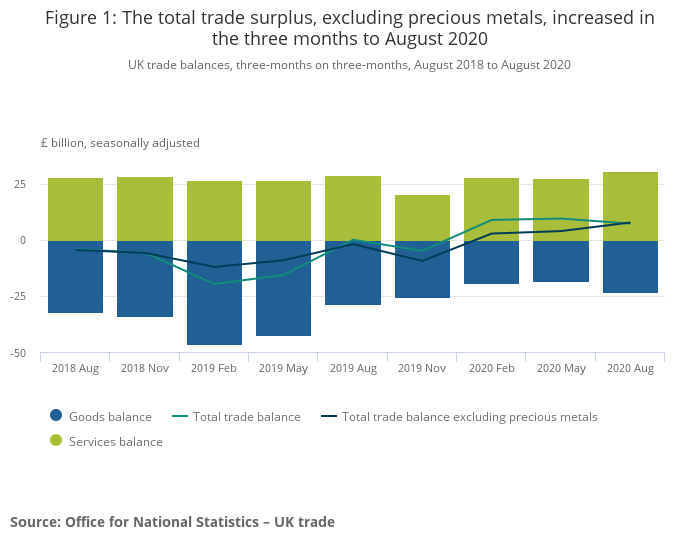 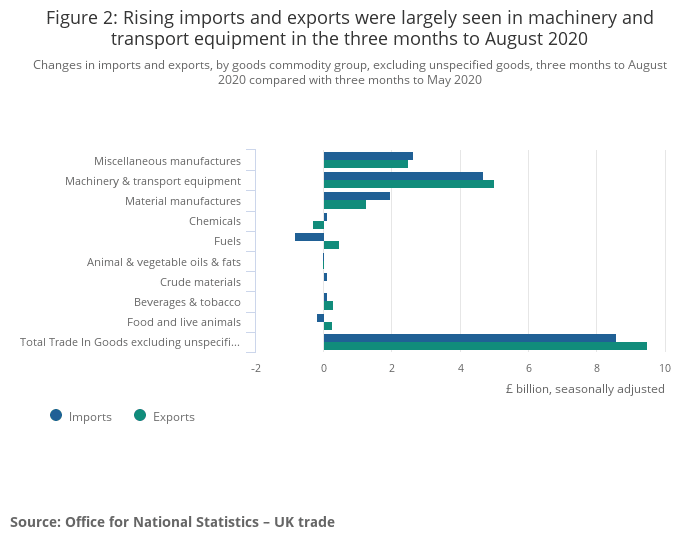 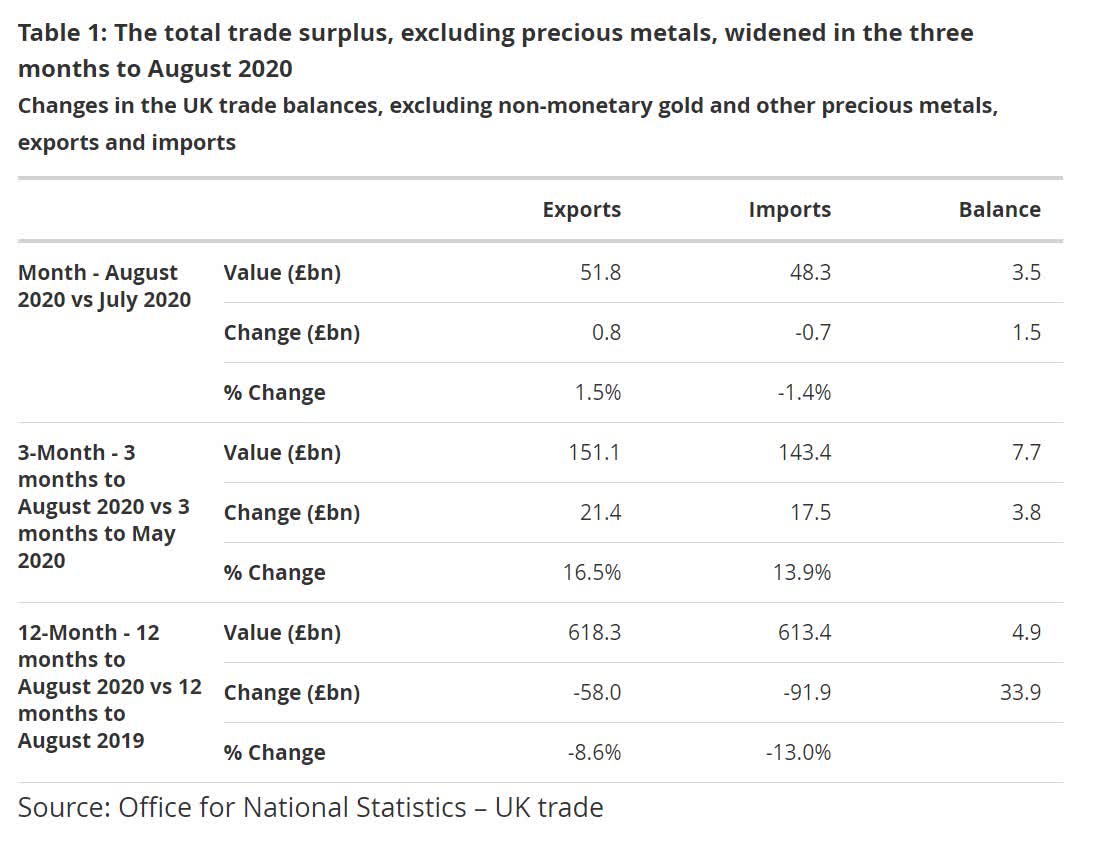 An abrupt switch from trade deficit to trade surplus accompanied by sharp falls in both imports and exports is usually caused by what is known as a “sudden stop,” when investors abruptly pull their funds from the country, causing the currency to collapse and bond yields to spike. It is almost always associated with a deep recession. The UK has experienced sudden stops twice since World War II, in 1975 and 1989. In both cases, the pound’s exchange rate fell sharply – so sharply, in fact, that in 1975, when the UK still had exchange controls, it was forced to ask the IMF for help to stop the pound from collapsing.

But this time is different. Sterling’s exchange rate did drop sharply in March, but it bounced back again: 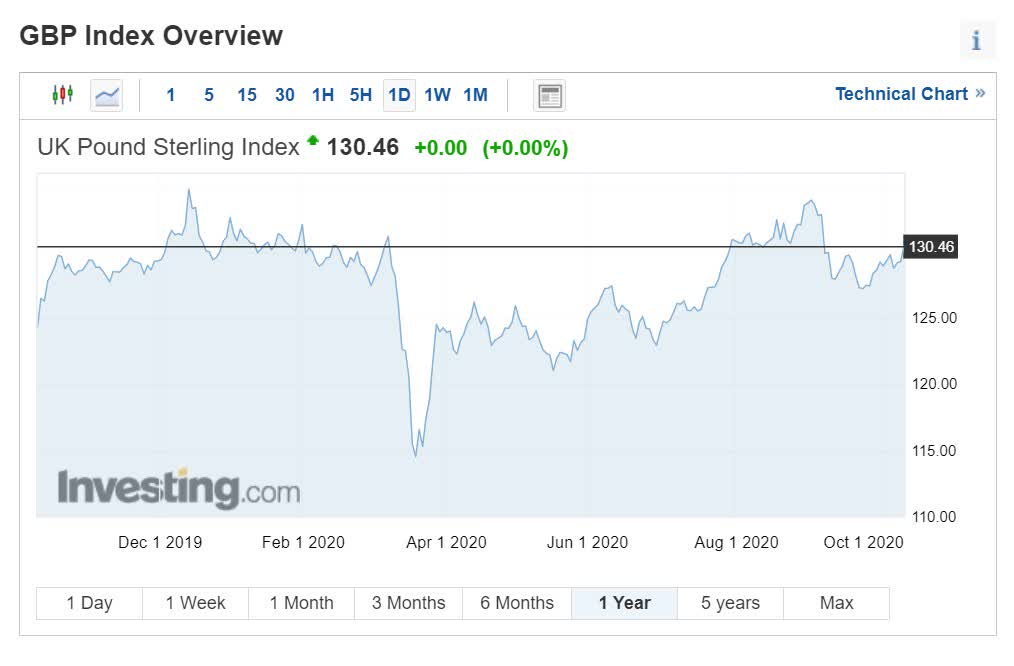 There was no sustained currency collapse. And although there was a brief spike in March, bond yields then fell to the lowest levels in history: 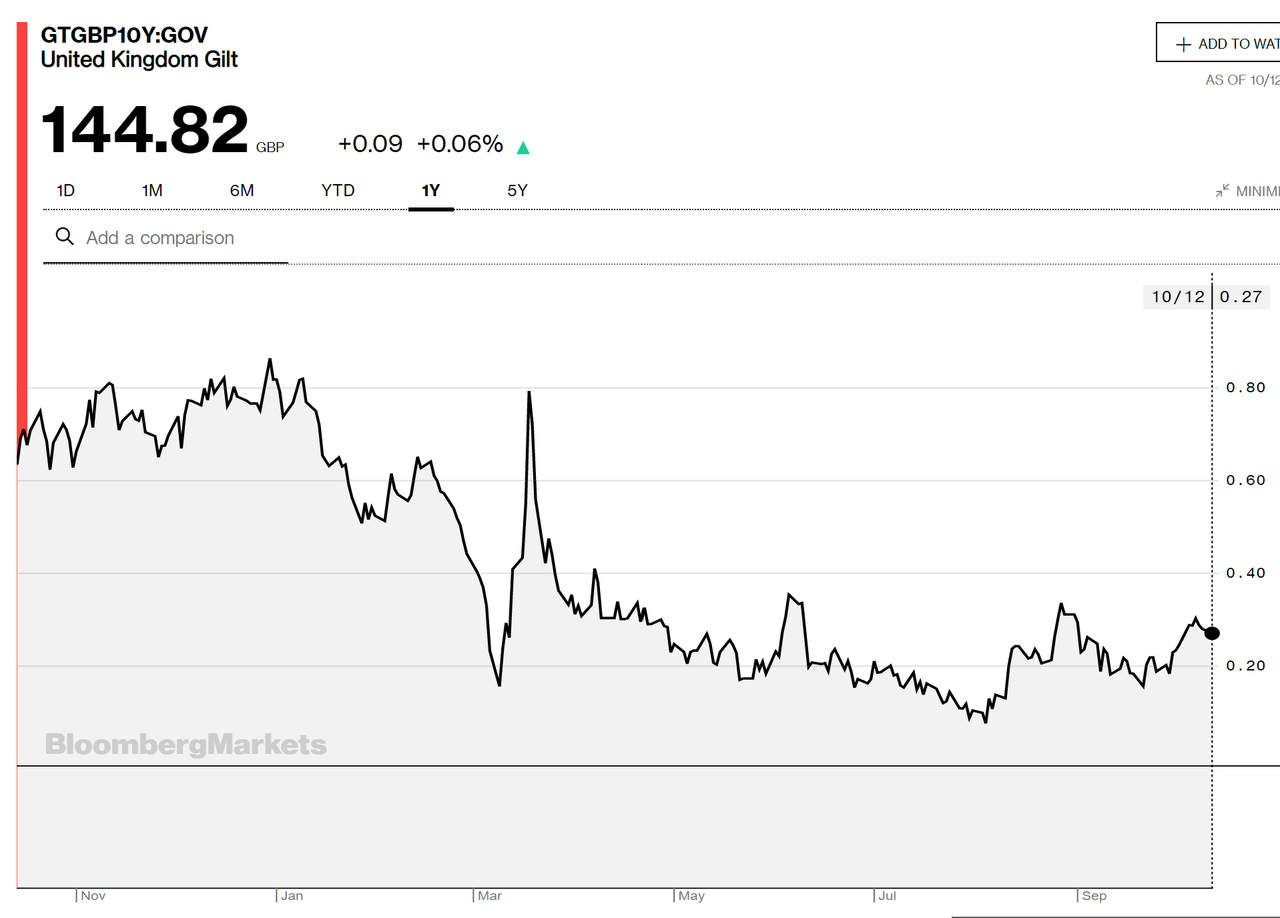 In fact, the UK is in no serious danger of running out of the foreign currency it needs to pay for imports. Permanent central bank swap lines make FX-driven sudden stops a thing of the past for currency-issuing developed countries (though not for Eurozone countries). Imports are falling not because of lack of FX, but because the UK population has cut back discretionary spending hard. This is what is causing both the widening trade surplus and the deep recession. And the fact that the UK was already running a trade surplus before pandemic restrictions were imposed shows that it was collapsing consumer confidence, not the lockdown, that caused the switch to trade surplus.

The import figures for August show that domestic consumer confidence is still on the floor. And this is supported by the GDP figures: 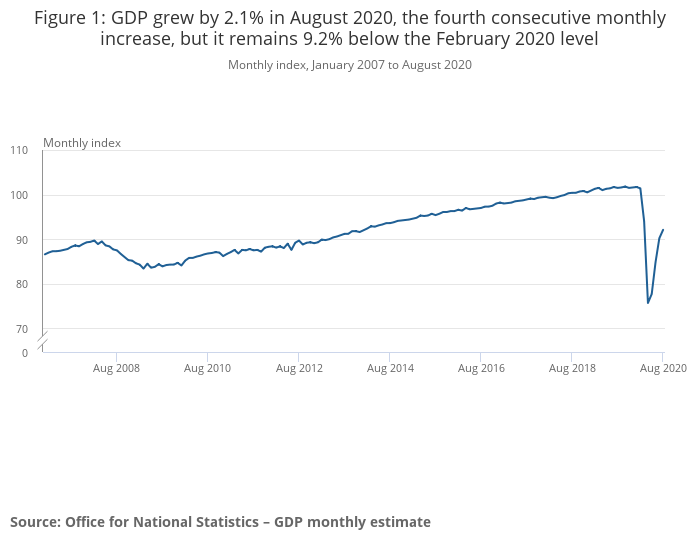 A trade surplus is not necessarily a sign of a healthy economy. 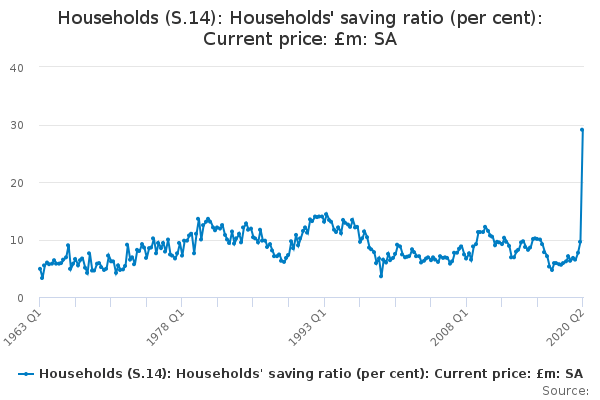 In my view, this massive increase in the domestic saving ratio is the cause of the trade surplus. And it is not a healthy sign. It does not reflect the desire of people to provide for their own age or build an economy for future generations. And it is not providing capital for needed investment: if it were, interest rates would be significantly positive, rather than heading for the basement. The extraordinarily high domestic saving ratio actually reflects the unease that many people feel about exposing themselves to the virus for the sake of an evening’s entertainment, the fear of many more people that their jobs and incomes will evaporate, and the obstacles that pandemic restrictions create for people who do want to spend.

The saving ratio is a tale of two halves, too. Higher earners who can work from home are saving like mad, while people on lower incomes are losing their jobs or suffering pay cuts, forcing them to dis-save: 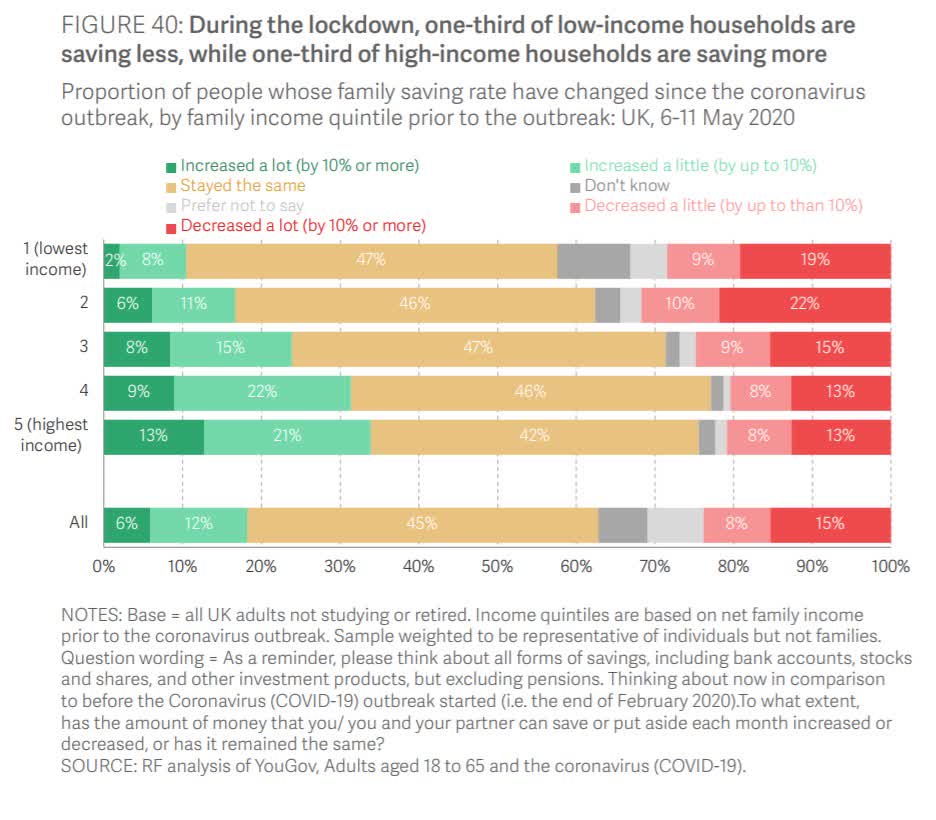 So both high and low earners are cutting discretionary spending, though for very different reasons. And large though it is, the UK government’s deficit spending is nowhere near large enough to compensate for this massive fall in domestic consumption. That’s why GDP has fallen so much and has been slow to recover. Now that the government is imposing more restrictions while cutting support for those affected, GDP will fall again.

Neither a trade surplus nor a high saving ratio necessarily mean a strong economy. It depends on the circumstances. A country with a large middle class and an effective social safety net might have a low saving ratio and a trade deficit, because people enjoy buying foreign-made goods and have little need to save. But this is without question a more prosperous country than a country with a trade surplus and high saving ratio, if the population of that country doesn’t earn enough to buy foreign-made goods and must save because there is no social safety net.

If the prosperous country, driven by mistaken envy of the poorer country’s trade surplus, deliberately depresses domestic incomes to gain international market share, and shreds its safety net with the aim of “making work pay,” then it might find its saving ratio rises and its trade balance shifts towards surplus. But its population won’t be more prosperous. They will be poorer. Rather than the poorer country becoming more like the richer one, the richer one becomes more like the poorer.