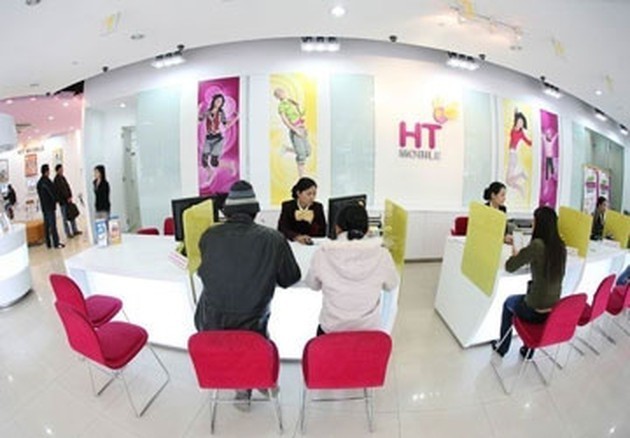 The technology was invested in and developed in the US and Europe by power groups, including Iridium Global Star. Service providers fired more than 60 low-range satellites (similar to base transceiver station – BTS) into satellite orbit, about 10,000 km from the earth, to ensure roaming for mobile subscribers.

The technology had a lot of advantages and the General Directorate of Posts considered using it. After considering a series of factors, including market size, technology and terminals, it found that GSM would be more convenient for management.

It was cautiousness that helped Vietnam avoid risks. The global mobile sattellite technology failed. Meanwhile, GSM was successfully commercialized and began developing rapidly all over the globe when the prices of network equipment and terminals decreased rapidly.

In 1992, the General Directorate of Posts negotiated with partners in a plan to deploy GSM all over the country. In July 1993, Alcatel was chosen as the device manufacturer to deploy the first mobile network in Hanoi.

In late 1993 and early 1994, GSM was available in HCM City with Ericsson as the partner.

In 1994, the GSM network was established and services were officially provided in some large cities. The technology chosen based on European and ITU standards was brought to Vietnam.

Truc affirmed that Vietnam was one of only a few countries in the world that first deployed 2G.

Do Trung Ta, former Ministr of Posts and Telematics, said that choosing the right technologies suitable to the market was not a simple matter and the decision would have big impact on the development of mobile networks using that technology.

In 1990, Vietnam rejected the Analog mobile network (AM) offered by Singtel and the technology later did not develop.

CDMA was highly appreciated by technology experts compared with GSM. However, it had a sad ending in Vietnam.

The problem was that though CDMA was good, it appeared late, when GSM accounted for 86 percent of the world’s market. It would be unreasonable to use the technology used only in a few countries, including Japan, South Korea, Hong Kong and the US.

And finally, all the networks using CDMA had to leave the market.

In early 2005, Motorola and Intel cooperated to develop WiMax. The mobile network operators in the US also supported the technology, while Europe followed 4G LTE.

At that time, WiMax was believed to be the next-generation wireless technology thanks to the high-speed data transmission cpaability (1Mb/s – 5Mb/s) and large coverage (22 kilometers).

The broadband technology’s capability was stronger than Wi-Fi (based on 802.11 standards). Particularly, WiMax had costs much lower than other mobile technologies. In Vietnam, WiMax was tried by some firms to give overall assessments about the technology.

Experts stressed that the right choices of 2G GSM and 4G LTE helped Vietnam avoid ‘technological accidents’ which may have cost a lot of money.

They pointed out that when considering technologies, Vietnam not only considered the preeminence of technologies, but also the market penetration capability. Vietnam was correct when it chose the European technologies.

From now on, Vietnam will actively take the lead in terms of technology development, as well as develop a roadmap 2G mobile technology elimination beginning in 2022.

The Vietnam Banks Association has just sent a dispatch to propose the Ministry of Information and Communications lower charges for banking services via SMS.

The Ministry of Information and Communications has asked the capital city of Ha Noi to invest in 5G ecosystem development and make the city a regional network security centre to help bring digital economic growth rate of the city to 30%.